Five hundred years ago, Hayden fell into Caleb’s brutal hands, the ruthless vampire who first claimed his mortal life, then his mind. Tortured into absolute submission, Hayden spent centuries at the powerful lord’s right hand, a broken shell of the man he had once been. Until the night he was sent to kill ‘her’. Katherine, a young woman whose innocence and sweet nature woke a part of him Hayden had thought long dead.

After joining forces with the local vampire clan, Hayden turned on his master, betraying the man he had sworn to eternally obey. However, before the villain could be laid to permanent rest, Caleb vanished.

Katherine fell hard for Hayden’s protective nature, while his mysterious aura captivated her. Yet after only a single night in his arms, Hayden pushed her away, stating their love could never be. Confused by the rejection, Katherine struggled to move forward, left with no options but to deny her heart the battered soul it craved.

Now, Caleb has returned, set on delivering vengeance against both the man who betrayed him, and the catalyst for his defection. Katherine and Hayden must discover a way to avoid Caleb’s evil intent, while determining if there is any future for their love.

Forever Chosen is a novella featured in the Vampire Brides series.

Books in the Vampire Brides series can be read in any order.

Amid the Isle of Skye’s silvery waves, a vampire fell in love with a selkie.

Every vampire dreams of finding their destined mate—the one who brings the beat of life to their undead heart. Nearly two millennia ago, a pure-blood daughter of the Skye vampire bloodline found her soulmate in Rónán, the selkie knight charged with protecting her from all harm.

Rónán had saved Julia’s life when she was a child. Instead of being rewarded, he was enslaved by her father. Forced to serve the Skye family against his will, Rónán’s only comfort comes in watching over the lord’s daughter, whose innocence and sweet nature steals his heart.

Lord Skye has other plans for his only heir, including a politically advantageous pairing, and protecting her pure-blood lineage. Forced into an arranged marriage, Julia struggles to resist her father’s plans, but an ancient spell is cast upon her, rendering her helpless to the manipulations of others. As a result, Julia shatters the heart of the man she swore to love above all others.

After centuries apart, Julia is summoned home to the Isle of Skye, where she must face her past, and attempt to set right the wrongs committed against the man to whom her heart is eternally entwined.

I bind you to dread’s cold embrace

Until your truth you boldly face.

Kiera never wanted to be a witch, and certainly did not desire to inherit her mother’s ancestral crown. Yet as the rightful heir to the Bargarran Coven, it is a destiny which becomes inevitable upon her parents’ untimely death.

Summoned to New Orleans on Samhain night for an annual gala, Kiera struggles to come to terms with her impending ascension. However, before she can make a final choice, a curse whisks Kiera through the veils of time.

Trapped in Medieval England, Kiera must come to grips with her deepest fears in order to return to her own time and protect those she cares for. However the journey is complicated by both an evil presence intent on preventing her return, and a blossoming love with a noble knight, Aisling, who aids the young witch upon her quest.

As Kiera is forced to face both past fears and an uncertain future, she is confronted with the greatest challenge of all. Does she give in to her heart’s desire and remain with her newfound love? Or return to her own time, to claim her rightful place within the Bargarran Coven?

Both choices promise a heart-wrenching price. 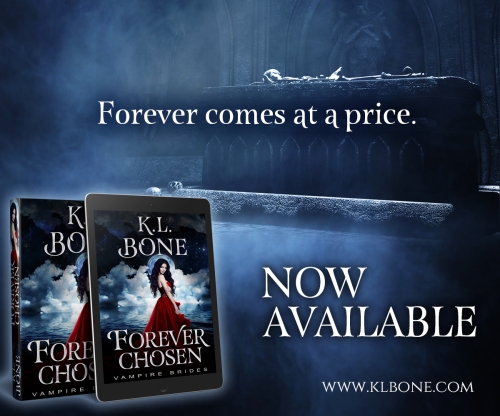