Rise of the Temple Gods: Vol. 1

The first three books in the Rise of the Temple Gods series:

“Bone has crafted a world that is both colorful and rich, and will certainly provide a backdrop for stories as long as she chooses to write them.” — USA Today Bestselling Author Sarah M. Cradit, Praise for Rise of the Temple Gods: Heir to Kale

Two heirs. One throne. Journey to the Kalian kingdoms and follow twin princesses as their struggle for the crown divides not only their hearts, but the kingdom they strive to rule.

Trained in the arts of combat, swordplay, and the ancient traditions of the Gods, Mariana and Ameria have been raised separately by rival temples. But their complicated relationship is strained even further when the king declares only one of them can succeed him as queen. Now competing for the Kalian throne—and the heart of Ameria’s second-in-command, Kyle—the twins’ destinies are shepherded down a road of betrayal and treachery at every turn, each stalked by creatures charged by the Gods themselves to ensure neither strays from their destined path.

As primeval powers awaken, the two sisters must learn the truth behind an ancient prophecy and search for a way to change their inevitable fate as a voice growls through the darkness: Beware the Twins of Kale.

This boxset contains the first three books in the Rise of the Temple Gods series: Heir to Kale, Heir to Koloso, and Heir to the Defendants. The fourth book, Heir to the Prophecy, is coming 2020.

Earlier this year I attended what has quickly become a tradition, exploring the fun world of Rose City Comic Con. The event, held once a year in Portland, was an exciting event of spending time with good friends and meeting the stars.

The show began with a Q&A session with James and Oliver Phelps, most famous for portraying the Weasley brothers from Harry Potter. Together they charmed the audience with their memories from the set and their favorite scenes to shoot from the magical wizarding world.

We also, much to the delight of many members of the group, got to visit with several members from the cast of Star Trek. Those we met included, Brent Spiner, (Data) and John De Lancie (Q) from Star Trek: The Next Generation. 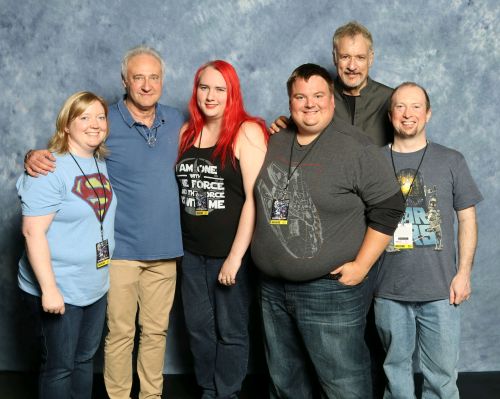 And the original captain of the Enterprise himself, William Shanter, who apparently, in addition to leading perilous journeys where no one has gone before, also proceeded to describe in great/excessive detail how he recently managed to breed his female doberman.

I also had a fun chance to meet Rose McIver, the main actress from iZombie who was exceptionally nice with her wonderful New Zeland accent. 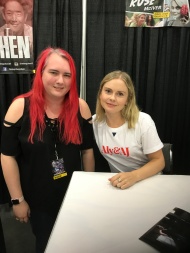 And my friend got to meet his spirit animal, Squidward from SpongeBob SquarePants.

Also got to meet Weird Al, who was both fun in his stories and gracious in person. And in case anyone is wondering, yes he brought his accordion.

I enjoyed visiting with my long-time friend and amazing fantasy author, EA Channon. Author of the Flesh of the Blood series, Channon and I met a few years back in New Orleans at the Vampire Lestat Ball where we have both been featured authors over the years. It was fun getting to chat and visit with him throughout the con. And I attend a panel where he presented on writing techniques for aspiring authors. 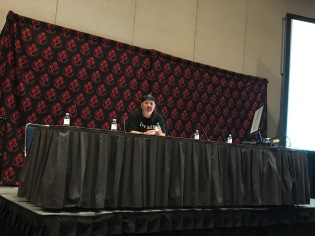 And of course, my favorite portion of any Comic Con…watching the cosplay!

Overall we had a wonderful at the convention!

A few months ago, I had the amazing opportunity to attend San Diego Comic Con (SDCC). This was an incredible event and I had an amazing time attending! 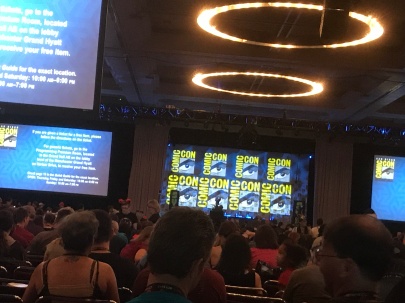 SDCC began with a flight down to one of my favorite cities and I was able to spend a few hours writing on the beach before the event officially began.

The first day of SDCC began with an evening entrance. I was very grateful to have had my tickets provided by Dabel Brothers Publishing who were there promoting their recent publications of Sherrilyn Kenyon graphic novels, along with other numerous additional publications.

Guided by my personal assistant, Gladys, who arranged for me to attend the event, I spent the first day walking around the con, seeing some fun sights which included having a picture taken from a set of the upcoming Star Wars Episode VIII. 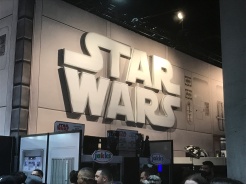 Walking through the Star Wars and Marvel model section of the con.

Sitting in the captain’s chairs from Star Trek. 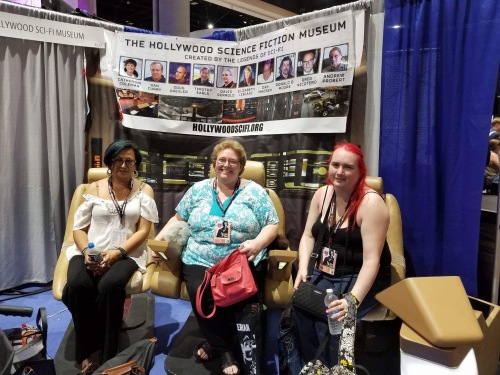 And of course, my favorite part, viewing the incredible cosplay which also comes with a comic con event! 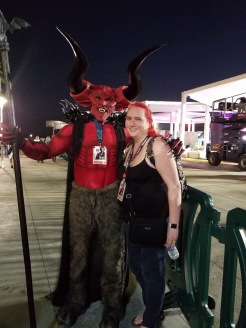 For those who have never been, SDCC is one of the largest with a reported 130,000 people in attendance over the extended weekend. Events span beyond the conference center to multiple hotels along the marina.

Exhibits, cosplay, and super-hero themed drink and food specials fill the entire area for the entirety of the events and there is always something fun to experience.

The next day was spent between exploring further and standing in line for Hall H, which is the largest room in the conference center. Inside are held some of the biggest events and speakers. In order to get into Hall H, one has to acquire a wrist band, which are handed out to those in line the night before events. These lines generally begin days in advance, with people camping out in order to secure entry to see their favorite stars and panels. Though we did not stay overnight at the venue, we stood in line approximately 13 hours in order to acquire our bands and then were back in line the next morning by 5am. 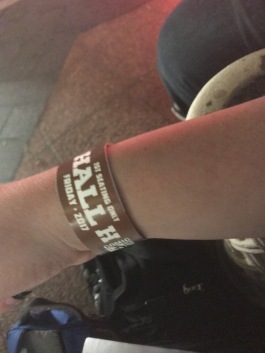 The wait was completely worthwhile! The panels we attend: 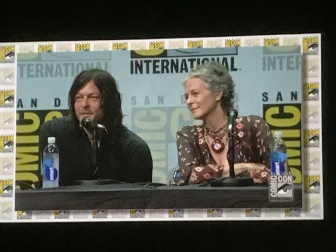 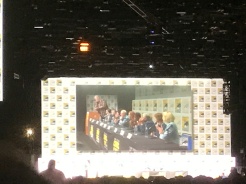 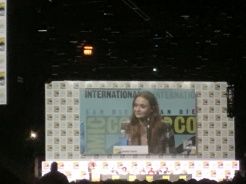 As a huge fan of both Game of Thrones and The Walking Dead, it was an incredible experience and I loved getting to listen to the speakers and panelists talking about the shows.

The last day I managed to attend a couple of panels. One on YA fantasy and another on writing dystopian novels and then had a fun time visiting with the always amazing Christopher Rice. 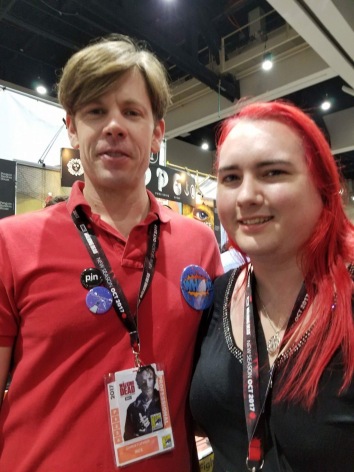 For those unfamiliar with Christopher’s work, his newest novel co-written by Anne Rice, Ramses the Damned: The Passion of Cleopatra, will be released later this month. He was kind enough to sign a copy for me and is a novel I would highly recommend! 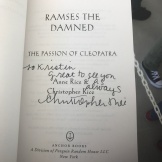 I also had the incredible opportunity to meet Sherrilyn Kenyon who was kind and generous with her time. I must admit to be a touch star-struck to meet her and she could not have been kinder. 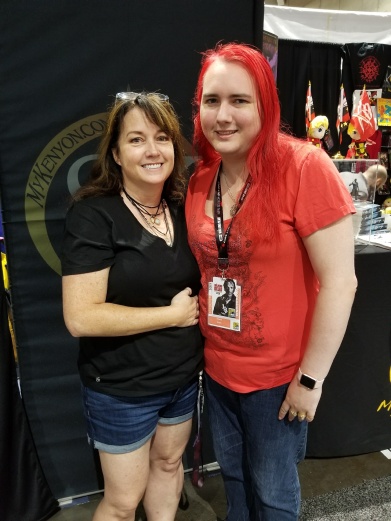 Overall SDCC was an incredible experience for which I am very grateful to have had the opportunity to attend! 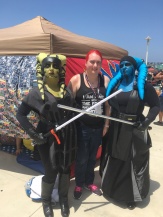 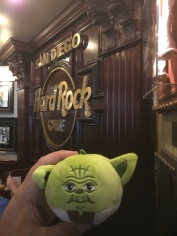